Gaabaagang gives children a space of their own 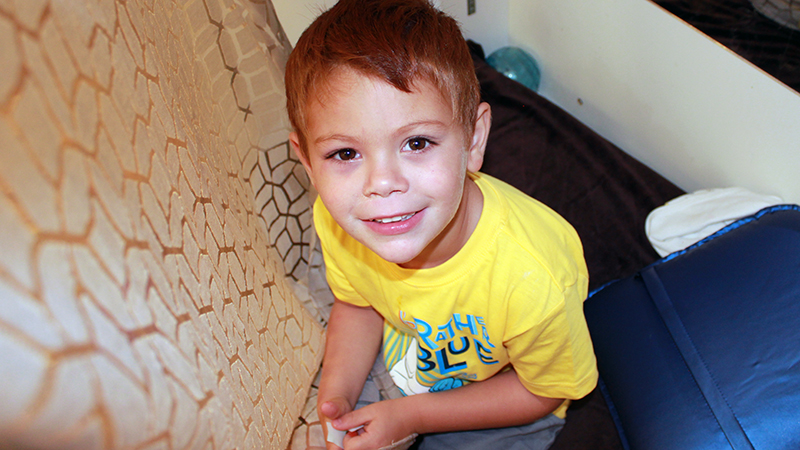 Open the curtain to what looks like a shelf in the Ekwaamjigenang Children’s Centre and what one will see instead is a space filled with toys, pictures, mirrors and enough room for a child to lie down.​

This quiet space, also known as a Gaabaagang, is an area where children can choose to go to be alone. Children use the space one at a time and can stay there as long as they need. The curtained-off space is part of every room in the centre, from infant to kindergarten.

The principles and document for the Gaabaagang were created in collaboration with resource teacher Debbie Levesque RECE, who works at the Lansdowne Children’s Centre in Brantford, ON. Inspiration for the Gaabaagang arose after a child asked a registered early childhood educator (RECE) where they were going. When the RECE said she was going for a break, the child replied that they needed a break too.
“The idea for the Gaabaagang came out of respect for the children,” says Patti Barber RECE and supervisor at Ekwaamjigenang Children’s Centre on the Mississaugas of the New Credit First Nation in Southern Ontario. “Children are people that adults have to respect. The name ‘Ekwaamjigenang’ means our sacred gifts as children are one of the many gifts the Creator has given us to be responsible for.”

The Gaabaagang gives children a private place for downtime or to cry, be angry or upset. Ekwaamjigenang introduced the space over a year ago. The children are taught to respect the Gaabaagang as an individual space and to give each other their privacy.

“They can hit the wall or rip paper,” says Courtney Tuckett, the RECE in the mixed preschool room (preschool and kindergarten-aged children). “There’s a blanket, weighted toys and different items inside there that really help them calm down. We also put pictures inside on the top so children can focus on something and have that space where they’re not bothered.”

Shannon King, RECE in the preschool room, recently had a child choose to enter the Gaabaagang after becoming upset when another child tried to help him build a train track.

“He didn’t want anyone talking to him and didn’t want anyone else buildingg the train tracks,” says King. “So he got up and went into the Gaabaagang. Children who can’t deal with their emotions on the spot go in and it’s (the space) very calming for them.”

After being in the Gaabaagang, the child speaks with an RECE about their emotions. RECEs place themselves in view of the Gaabaagang to let the child know they are available for a talk or a hug when the child is ready. The space thus allows for co-regulation between the child and the RECE.

“We feel children are in a moment of vulnerability when they are deeply upset and hurting,” says Barber. “They’re dysregulated. When they’re dysregulated they may not understand all those deep feelings they’re having. They need the support and help of a caring adult so the child isn’t left to figure out how to regulate themselves. The caregiver helps guide them in co-regulating their emotions, labelling their emotions and talking about their emotions.”

RECEs at Ekwaamjigenang tell the children “nimajii-toomin maamwi” which means we are on this journey together. “We use that term to say to the child ‘we are here for you’ because in the moment the child may not want you (the adult) there,” says Barber. But it ends up they do want the caring, connected adult next to them.”

In what ​it calls a “living document,” Ekwaamjigenang says the principles for the Gaabaagang include: 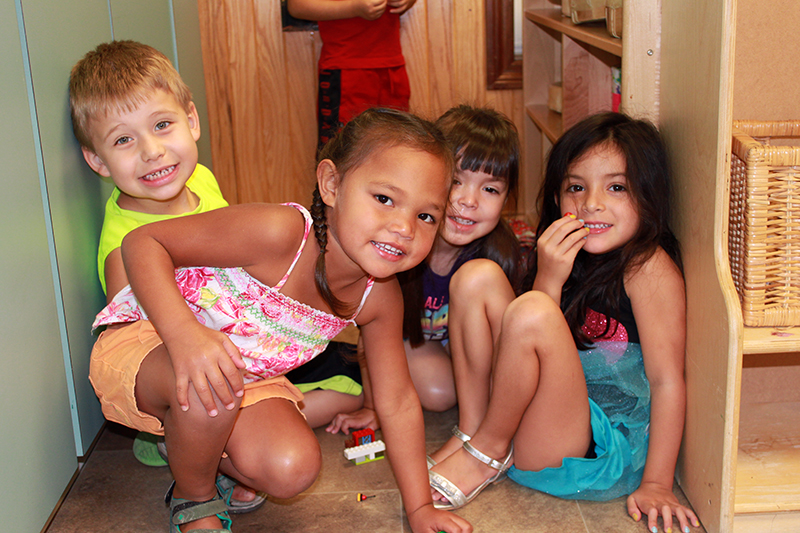 This article was originally published in the Fall 2015 issue of Connexions. Read the whole issue here​.